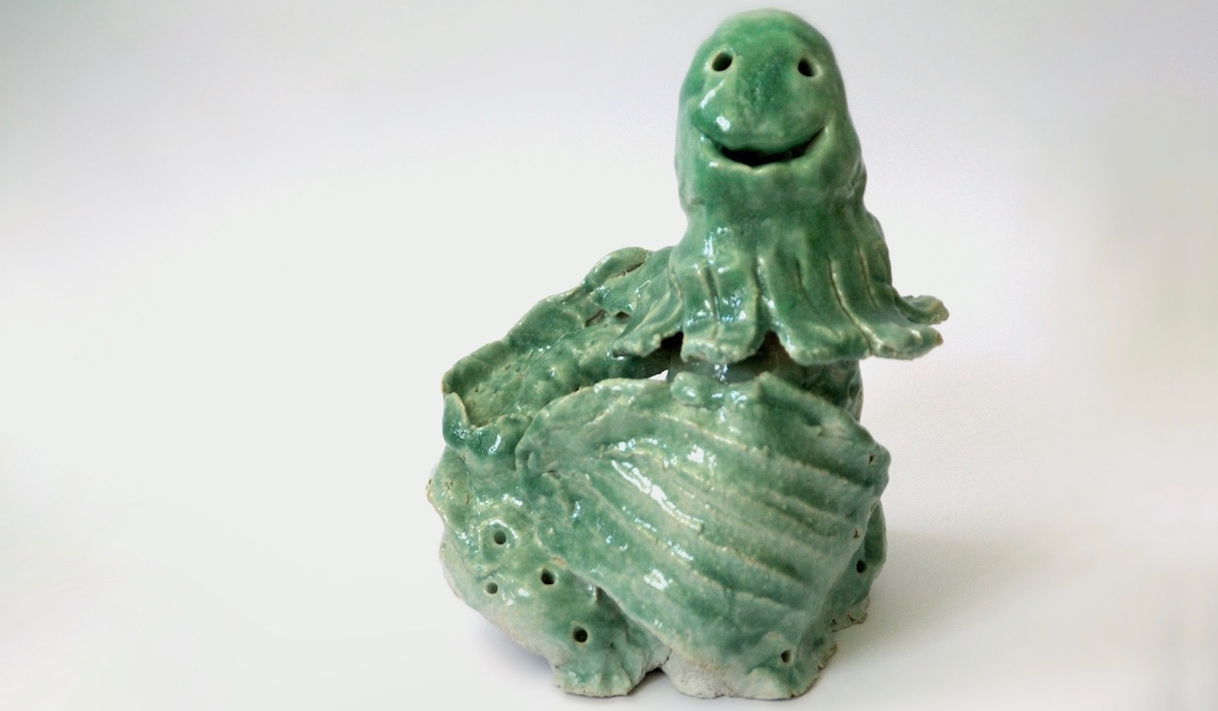 “Penis Mushroom Series” is the eighth solo exhibition by Adomas Danusevičius. It presents paintings and sculptural objects created during the last two years. Since his first solo exhibition held in 2008, the painter surprises by the consistency of his work. One of the first to start exploring the topic of masculinity infrequently found in Lithuanian art, the artist continues to discover new aspects of it every time.

In his latest works Danusevičius devotes special attention to the phenomenon of camp, which celebrates stylization, exaggeration, and mannerism. The artist uses the expression of camp to deconstruct the images of masculinity that have taken root in culture, and reveal their artificiality. Employing references to famous works of art, phenomena of pop culture and stereotypical images circulating there, the artist explores how the gender identity is constructed, created and enacted, and what its relations to visual culture are. He puts to doubt the traditional understanding of a “real” man predominant in society, leaving space for various possible non-standard variations of gender, marginal gender identities, and making references to the culture and history of LGBT and queer communities. Those who are familiar with Danusevičius’s work will notice a change in its painting expression and a newly emerging dynamic, almost sweeping strokes and a revised colour scale. These new developments mark the artist’s changing relation to painting. It more often becomes not only a tool for representation, but also itself is conceptualized as a medium – in other words, it not only represents camp, but also itself becomes an example of it.

The artist’s interest in the material character of different means of expression and their interaction is testified by a series of sculptural ceramic objects that supplement the paintings. These objects represent a variety of mushrooms whose exotic shapes are reminiscent of flower blossoms, animal tentacles or phalluses. Their decorative and intricate forms continue the aesthetics of camp. Alongside, the understanding of masculinity and its symbolism established in society is ironized through hints and ambiguous associations, and the fluidity and indefiniteness of sexuality is asserted. Thus, like all works by Danusevičius, his sculptural objects combine the insights into the theory of gender, political and confrontational aims with personal narratives, and a tendency to provoke is replaced with an intimate chamber mood and erotic connotations.

ADOMAS DANUSEVIČIUS (b. 1984) is a painter of the young generation. In 2009 he was conferred an M.A. in painting from the Vilnius Academy of Art. From 2012 he is a doctoral student at the Vilnius Academy of Art. Currently he continues his doctoral studies as an intern at the Royal Danish Art Academy of Fine Arts. Danusevičius takes part in group exhibitions from 2004, and from 2008 he held several solo exhibitions in Lithuania, Denmark and Germany.