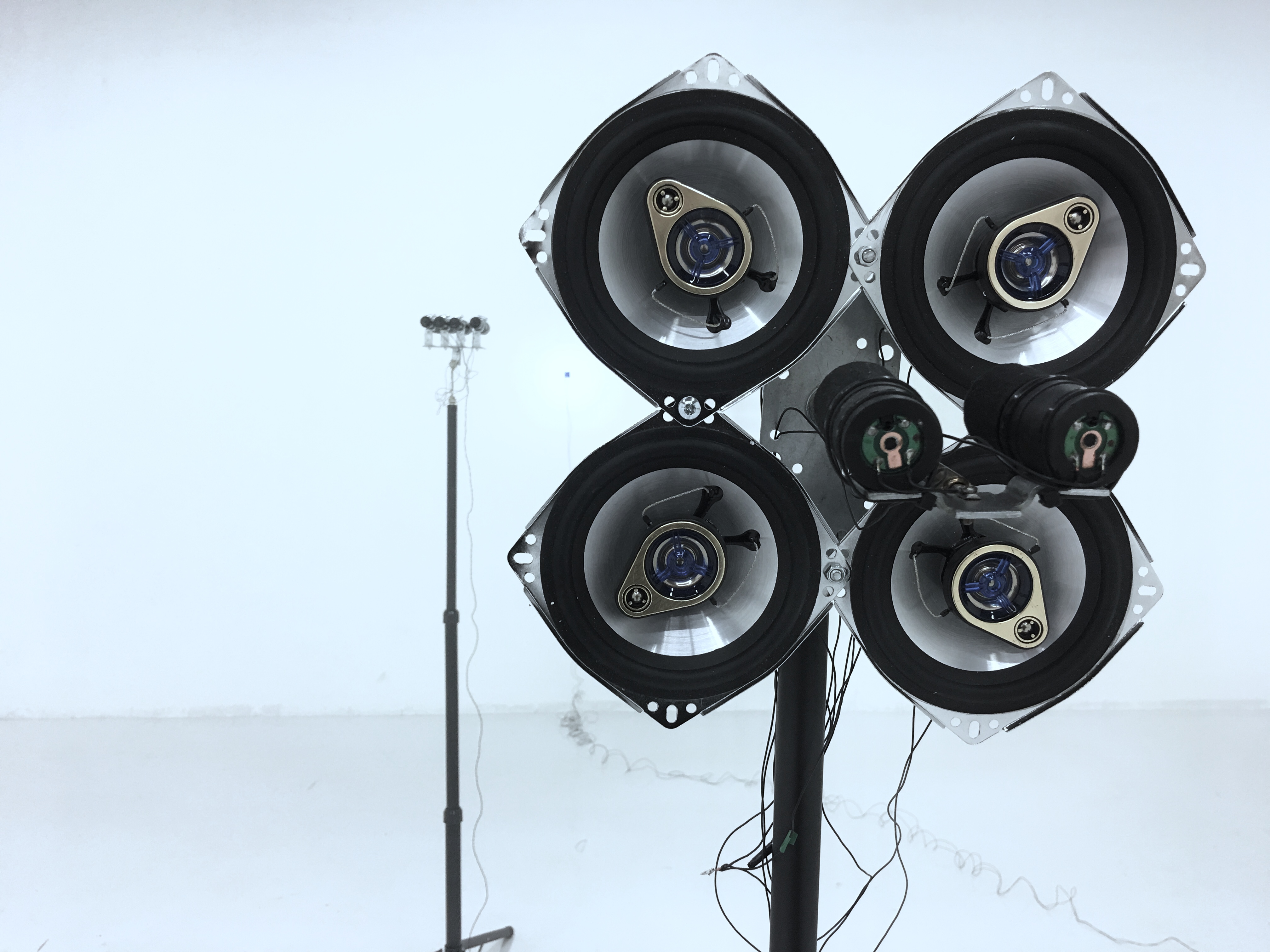 Adomas Danusevičius and Tomas Daukša are considered some of the most distinct Lithuanian artists of the young generation. Though they usually address quite different themes in their work, their newest works presented in this exhibition –painting, ceramics, and light installations – form an unexpected and mysterious combination.
“Drink full and descend” is an invitation to an alchemical dance of imagination with the matter, in which it is not clear who has the lead, and on which side death and life, order and chaos are situated. It is a line from a scene in the famous TV series Twin Peaks by David Lynch, which sounds like a soporific incantation helping the supernatural creature to possess the innocent girl’s body. The sensual experience constructed in the exhibition is also reminiscent of an incantation, or perhaps only an encouragement to cross an unfamiliar border leading us to one of Heraclitus’s truths – everything is in flow (Panta rei), everything is constantly changing.
When the ether is filled with raging whirlpools, it thickens and coagulates, and the particles connect into electrons and protons. It expands into infinity in space and eternity in time. The emerging matter cannot exist without form. That is why nature has the boundless power of producing new life. Jellyfish releases thousands of eggs into the ocean, which sink to the bottom and attach themselves to polyps. Ensuring procreation, they drop their tentacles and themselves turn into polyps. It is only where being is mixed with non-being, where being is still incomplete or unfinished that new objects emerge.
With an interference of light, the dark surface of Adomas’s painting gets ruffled and starts to pulsate, and it seems that for a brief moment it will turn into something palpable. Wills of the wisp in Tomas’s objects turn into sound, and sound turns into light, confined in an unending cycle of transformation. Medieval alchemists suffered a defeat trying to break the code of the laws of nature, and left only the longing for the knowledge of existence for humanity. This exhibition affirms that there is nothing more frightening than existence. Where black, velvet, almost sensual humidity hangs around, and electricity twitches.

Adomas Danusevičius (b. 1984) is a contemporary painter, and Doctor of Arts since 2017 (Vilnius Academy of Arts, Royal Danish Academy of Fine Arts). He has been taking part in exhibitions since 2008, and has made a successful debut as one of the few artists working on the queer theme in Lithuania. Runner-up of the international competition “Young Painter’s Prize 2012”.
Tomas Daukša (b. 1988) is a contemporary artist and author of conceptual objects exploring the liminal states of the functioning of various systems. He is currently a doctoral student at the Vilnius Academy of Arts. Tomas has been taking part in exhibitions since 2009.

Exhibition: December 5 – 19;
Opening: December 5, 7 p.m.
Opening hours of the gallery: Tuesday through Friday, from 2 p.m. to 6 p.m., Saturday from 2 p.m. to 5 p.m.
A visit at another preferred time can be arranged by email: info@roostergallery.eu