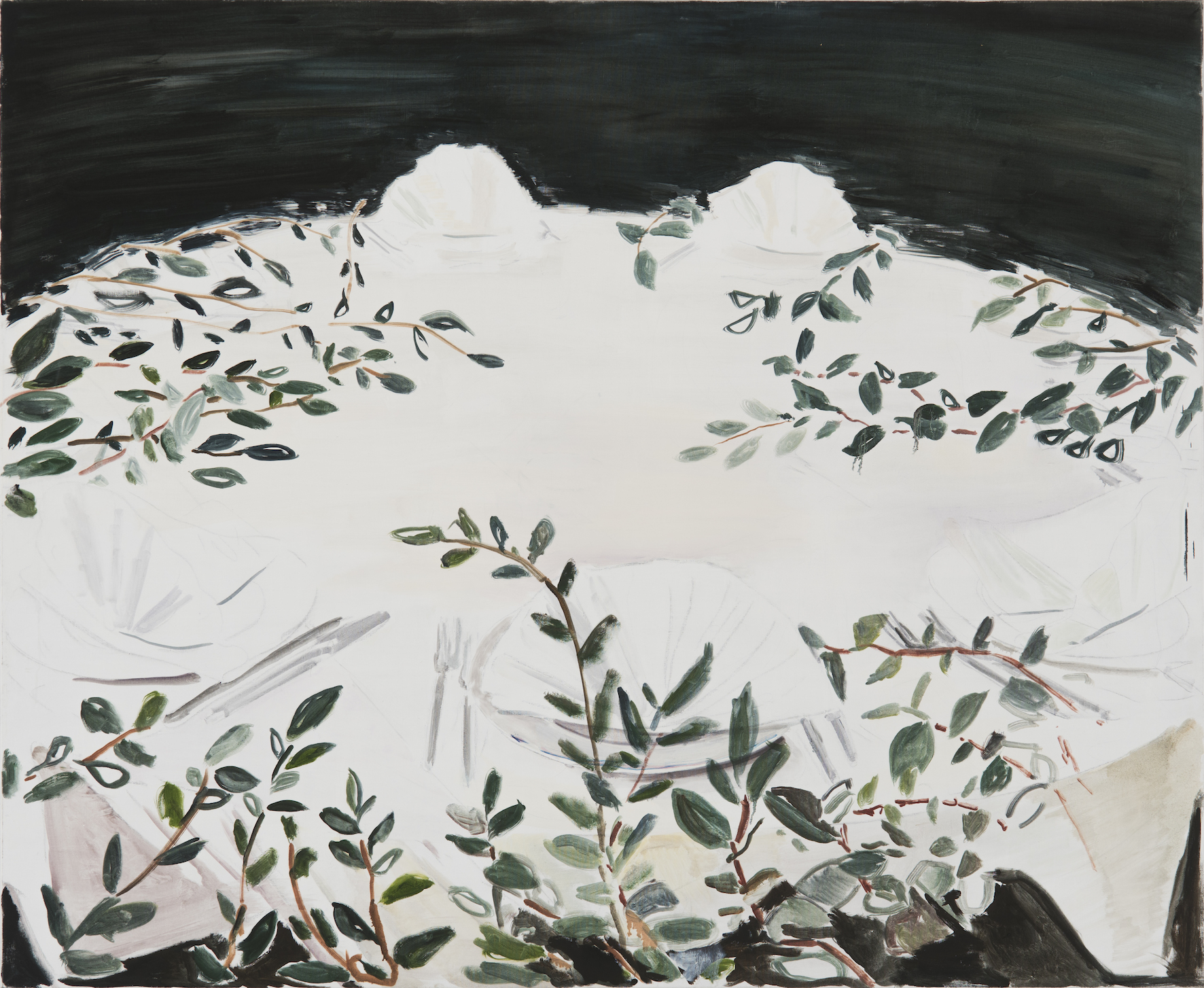 Alisauskaite’s works offer a glimpse into an encounter between ordinary material life and all that is lurking behind it – dreams, visions, fantasies, and subconscious images. It is interspersed with fragments of mediated reality of screens and photographs. Having merged into a continuous stream of experiences, all these realities not always yield to separation: they intertwine and overlap, replace one another like frames in a film, their limits become blurred and disappear, elements of one reality are transferred into another – it’s a kind of dreaming while you are awake. The chosen contrasting motifs emphasize the distinction between reality and fiction, darkness and light, rationality and irrationality, restriction and freedom, the outside and the inside. However, this duality in the artist’s works is not tense or conflicting. Links between the opposite poles are unstable, fluid, and naturally changing all the time. Hence, a motif of a circle, or a wheel, embodying the premonition of change, flow of time, and cyclicity, becomes very important. The artist represents this multi-faceted and unstable world in her canvases of subtle, well-nuanced, often almost monochromatic colours. The painted objects are fragmentary, seemingly unfinished, their shapes dissolve, as if to confirm that the authenticity of the visible reality is a mere illusion.

The Rooster Gallery’s events are kindly supported by
Lithuanian Council for Culture,