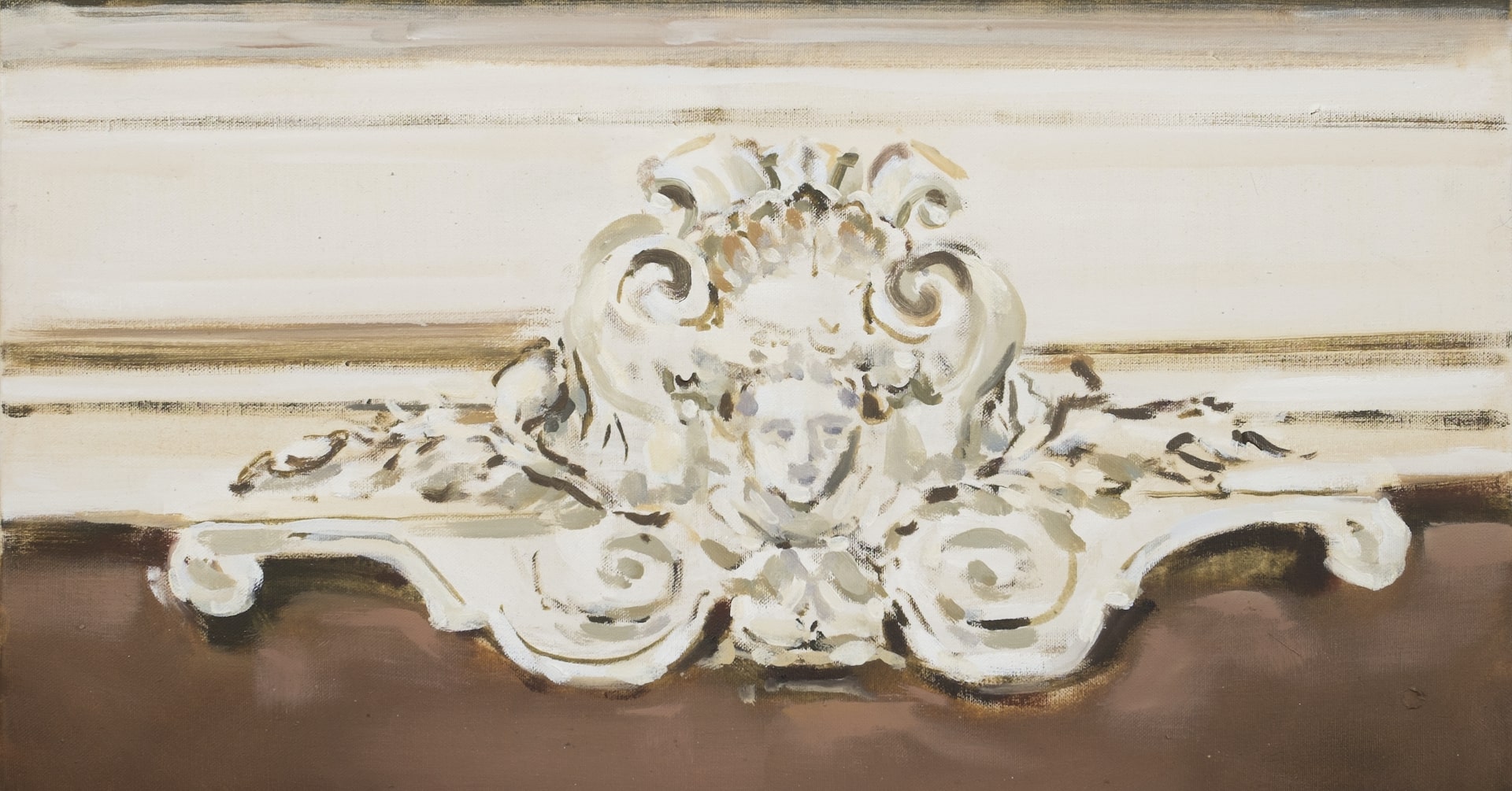 The Rooster Gallery kindly invites you to the solo show ‘Impression of reality’ by Egle Karpaviciute. The exhibition will be held at Marcelijus Martinaitis Public Library in Raseiniai.

The object of Eglė Karpavičiūtė’s artistic research is the world of culture, above all, visual culture and art. The main motifs of her works are artworks and exhibitions, art institutions, art events, and portraits of art figures. In her canvases, the painter explores the history and present of art. Rather than being a passive observer, she becomes an active participant of this process, not only capturing the depicted scenes, but also directing them. The image-building principle akin to reportage photography enhances the (pseudo)documentarism of the images and the supposed reality and urgency of the events. The photographic character of the image is amplified by ascetic visual expression – restrained and subdued colours, a thin layer of paint. Thus the artist conceptualises painting as a means of expression, and analyses its nature and development, as well as its relation with other media.

EGLĖ KARPAVIČIŪTĖ (b. 1984) is a painter of the young generation who joined the Lithuanian art scene already as a student of the Vilnius Academy of Arts and has been its active participant ever since. She held several solo exhibitions and participated in dozens of group exhibitions in Lithuania and abroad; her works were exhibited in prestigious art institutions (National Art Gallery and Contemporary Art Centre in Lithuania, KUMU Art Museum in Estonia, Contemporary Art Centre PasquArt in Switzerland, and elsewhere), her works are also held in the collections of the MoMuseum, Lewben Art Foundation and National Art Gallery in Vilnius. In 2011, the painter became a finalist of the prestigious competition “The Sovereign European Art Prize” in Istanbul. In 2013, the artist received an individual state grant of the Ministry of Culture of the Republic of Lithuania. In 2015, Karpavičiūtė became the winner of two prestigious art contests: “Premio Combat Prize 2015” and international art competition “Donkey Art Prize”. The artist is a multiple finalist and winner of the audience prize at the competition “Young Painter’s Prize”.

Exhibition opening 10 September at 6 pm. The exhibition will be open until 9 October.