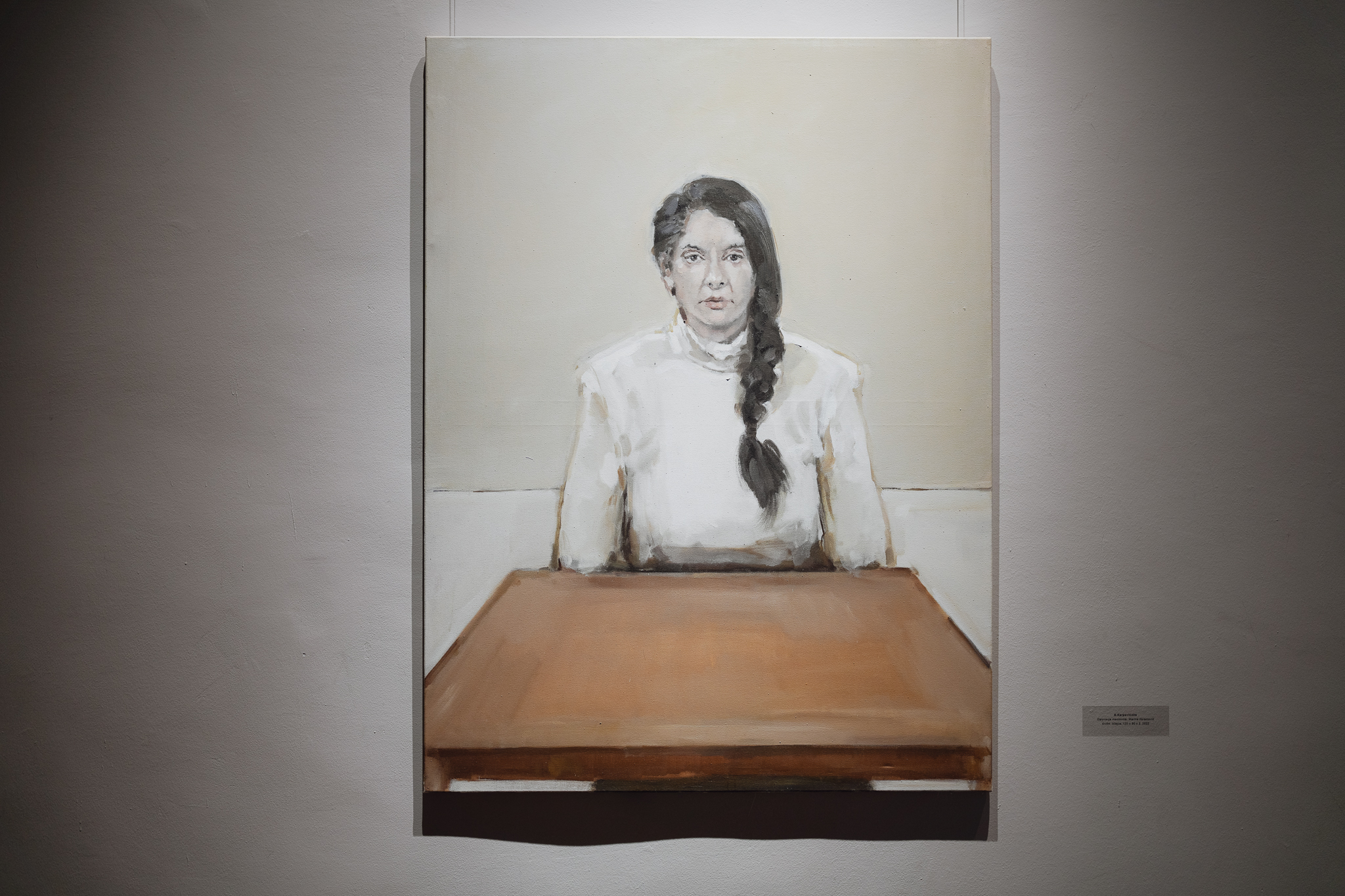 The painter Eglė Karpavičiūtė is a relentless explorer of the culture field. Her works are visual commentaries on painting, history and art institutions: museums, galleries and exhibition spaces. The artist observes and captures the culture field and its changes, and speaks about the contemporary features of art presentation and the habits of its consumption, a painter’s and an artist’s identity, the role of the viewer as an art consumer and his/her (and her own) faith and doubts in painting.

The exhibition presents Karpavičiūtė’s latest painting series continuing her previous series ‘Painted Exhibitions’. In her canvases she captures the spaces of prominent contemporary art museums and galleries (Guggenheim, Victoria Miro, David Zwirner, Gagosian and others), in which she inserts and “exhibits” her own paintings. This results in a fictitious documentation of her creative career, blurring the boundaries between fact and illusion and revisiting the relation between painting and reality. Painted images become data storage devices of events that never happened – the exhibitions take place in the given venue only on the surface of the canvas. Thus, her works, while imitating a retrospective look, function as forgeries of time and are archived as existing facts through one of the most archaic art forms – painting.

In her painting, Karpavičiūtė uses the strategy of retrospectivism – turning to the past. She takes as a point of reference the discussions about the “death” of painting that rose in the second half of the last century, which called into doubt the authority of this art form that dominated the hierarchy of art for a long time, and its relevance in the context of newly appearing art forms. The artist revisits this historic painting state and rethinks the critical moment of its evolution, relives the existential transformations of painting, the stagnation and rebirth of the development of its expression. By manipulating the conventional passage of time, Karpavičiūtė rewrites the history of painting, inventing or discovering its alternative trends. Her paintings become a monument to painting, an illusory museum of images instituting its actual and fictitious pasts in the present over and over again.

Painter EGLĖ KARPAVIČIŪTĖ (b. 1984) is a Vilnius Academy of Arts graduate in painting. She held several solo exhibitions and participated in dozens of group exhibitions in Lithuania and abroad. Her works were exhibited in prestigious art institutions (National Gallery of Art and the Contemporary Art Centre in Lithuania, KUMU Art Museum in Estonia, Contemporary Art Centre PasquArt in Switzerland and elsewhere), and are held in the collections of the Lithuanian National Museum of Art, MO Museum and the Lewben Art Foundation in Vilnius. In 2011, Karpavičiūtė became a finalist of the prestigious competition The Sovereign European Art Prize in Istanbul. In 2013, she became a recipient of an individual grant of the Ministry of Culture of the Republic of Lithuania. In 2015, Karpavičiūtė became the winner of the main prizes in two international art contests: Premio Combat Prize 2015 and Donkey Art Prize. The artist is a multiple finalist and winner of the audience prize of the competition Young Painter Prize.

The project is financed by the Lithuanian Council for Culture